Christmas Shows to See in NYC 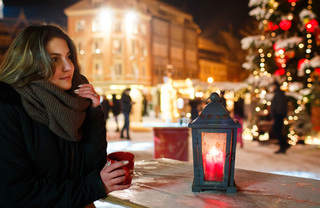 As New Yorkers prepare for the holiday season, everyone becomes excited for the latest and greatest Christmas shows. Incredible renditions and traditional showings of classics like Nutcrackers and The Radio City Christmas Spectacular will be playing all around the Manhattan apartments for rent. If you’re ready to get in the holiday spirit, then check out these top 14 Christmas shows in the city.

Santa, wooden soldiers, elves and more team up with Radio City Rockettes for a dazzling display complete eye-catching costumes and the latest in stage tech. It’s a celebration of the holiday season in New York style, drawing audiences from around Manhattan to view the Rockettes’ precision moves.

Nutcracker Rouge is risqué neo-Baroque interpretation of the timeless classic by Austin McCormick. The show includes circus performers, opera singers, and numerous adults-only stylings that only Company XIV could think up. If you’re looking for something a little different this holiday, then Nutcracker Rouge might have your fix.

All Is Calm: The Christmas Truce of 1914

Peter Rothstein delivers a musically driven tale about the 1914 ceasefires between British and German troops. The work draws from patriotic anthems, war songs, and texts written by World War I soldiers to create a true-to-history experience.

Adapted from a short story by James Joyce about a holiday meal in Dublin, this drama by the Irish Rep is half dinner, half show. Admission includes dinner and drinks in an Upper East Side townhouse. The combination creates an immersive experience you won’t want to miss.

George Balanchine’s The Nutcracker with the New York City Ballet

The entirety of the New York City Ballet comes together as they dance to Tchaikovsky’s original score. The performance features a Christmas tree that grows from twelve to 40 feet tall as well as on-stage blizzard. With impressive choreography and enchanting effects, this production of The Nutcracker is the quintessential holiday experience.

Dina Martina is well known in the drag, cabaret, and musical world as unique comic genius. Her annual Christmas spectacular is packed full of holiday cheer and outrageous costumes with the finest of taste. Holiday fun with plenty of laughs included? Now that’s a good time.

A Child’s Christmas in Wales

Charlotte Moore comes from Irish Rep, and this adaptation of Dylan Thomas’ prose poem digs deep into her roots in theater. Traditional Irish music adds to the cozy set and warm holiday production about a young boy’s Christmas experience in an older, nostalgic time.

A Christmas Carol at the Merchant’s House

Folk and dance combine in this ethnic performance by director Alberto Lopez Herrera to celebrate the holidays from the viewpoint of a young Mexican-American immigrant in NYC. The show includes Aztec-inspired ballet, musical pieces ranging from mariachi bands to Tchaikovsky, and original dance sequences.

The Truth About Santa

This theatrical performance is a dark comedy by Greg Kotis in which Santa decides to bring his mistress and their kids to live with him at the North Pole. As you might imagine, Mrs. Claus is anything but welcoming. It’s an interesting take on a holiday story, and one that will leave you in stitches.

When a father makes a deal with the Devil to save his eight-year-old son, Christmas turns into a darker time for the family. Brandon Williams plays the Prince of Darkness, with Scott Ahearn and Elijah Rayman adding to the cast. It’s an interesting and very R-rated story guaranteed to put a little horror into your holiday festivities.

It’s a mouthful to say, but this is one great way to give back this holiday season. Ruben Studdard and Clay Aiken were once rivals on American Idol. Now, the two have teamed up to create a Broadway charity concert for the National Inclusion Project, a nonprofit cofounded by Aiken that increases opportunities for children with disabilities.

This musical performance embodies diversity, community, and acceptance through a reimagination of the classic fairytale. It’s as glittery as they come, features 22 songs, and even throws in a little stand up and shtick humor. The multicultural cast delivers an incredible story about the good nature of human beings as they battle the evil giant, a familiar looking political face who fights their ideas of a united world.

There are dozens of Nutcracker reproduction throughout the island of Manhattan, but none quite like Kurtis Blow’s. This contemporary reimagination is a digital production with beat-driven scores and the best hip-hop dancing routines you’ve seen all year. It’s fascinating, mesmerizing, and altogether “cool.”

How the Grinch Stole Christmas!

Mel Marvin and Timothy Mason recreate Dr. Suess’ yuletide classic with this production at MSG. Directed by Matt August, it’s a fun time for the whole family that brings this childhood favorite to life. Gavin Lee dons the Grinch costume this year after an incredibly successful performance in Broadway’s SpongeBob SquarePants.

The beauty of living in Manhattan is that you can hop on the subway and visit any show you like on the entire island. 19 Dutch, a dramatic update to the classic skyline of FiDi, offers you welcoming, warmly livable, and highly enviable home to return to. This shimmering cultural jewel ushers in the arrival of a new downtown. With a uniquely patterned frit design, this glass-clad marvel displays dramatic dimensionality as it soars 770 feet above the bustling streets below.

Each home features the finest of modern furnishing, while the surrounding community offers a bounty of resort-style amenities that cater to every facet of life. Welcome to a new age of luxury living. Welcome to 19 Dutch.