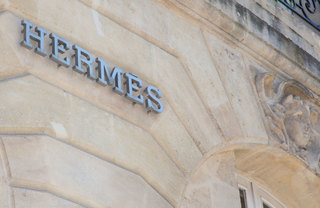 If you rent in NYC, you know the reputation that Manhattan has for high-end luxury brands, and you probably know a fair bit about the Hermès location on Broad Street, which, through thick and thin, has managed to make a name for itself in the many years it’s been there:

“Not only has Hermès’s Wall Street location persisted through a lackluster economy, it has also continued to thrive in this digital age. With the rise of e-commerce as a viable, easy-to-access option to purchase luxury goods, stores have seen a significant decline in foot traffic. But it appears that Hermès’s status as the preeminent proprietor of luxury goods has superseded any change in shopping habits.”

Now that’s a lesser-known detail you might not have been aware of, and there are plenty more where that came from. Today, we’ll be exploring some facts about this preeminent fashion brand that you probably never even thought of, as this paragon of luxury has some rather interesting history tied to its legendary name.

It’s All in the Name

If you’re thinking the name looks familiar, you need only look to Greek Mythology for the reason why. Hermes, as you’ll likely recall from a story or two you were forced to read in school, was the Greek God of trade, messengers, thieves, travelers, sports, and, for obvious reasons, the guide to the Underworld. What does that have to do with a fashion brand, you might wonder? Trade, you’ll note is broad category, and the selling of quality luxury goods definitely falls within.

It Wasn’t Always About Those Handbags

Did you know that the Hermès fashion name has been around for more than 170 years? Did you know that back when they were first conceived, luxury handbags (which they’re so well-known for today) weren’t even part of the equation? They actually started off making harnesses and saddles, and over the years transitioned into the fashion accessories. When they finally did start making handbags, back in 1922, it was because Emile-Maurice of Hermès fame couldn’t find a bag good enough for his darling wife, and so endeavored to make it himself.

Those Handbags are Popular Though

While they didn’t start with handbags, the Hermès Birkin Bags (named after French style icon Jane Birkin) have become one of their most famed items to date. They’re a rarity, though, since there are only a couple hundred thousand out “in the wild” as it were. Demand stays high, though, and those who know luxury will often stalk the shops, waiting for the opportunity to pounce on the color/style they want.

If You Don’t Want to Wait Too Long

Waiting for the Birkin Bag of your dreams to end up on store shelves can be something of a waiting game, and a costly one at that (we’ll get into the prices on these things in a bit). If you’re not dead set on owning your own Birkin, though, you could always rent one through one of the websites designed specifically for letting you try out luxury wear/accessories before you buy. It’ll run you close to $300 for a week, after which, you can just send it back, or take the plunge and buy it for yourself.

Remember Those Bags Can Be Expensive

Nearly $300/week to rent a bag sounds pricey, but remember that the cost of Birkins can hit astronomical heights. Remember when this particular Birkin Bag sold for $380,000 at an auction? That’s just a little reminder that a Birkin can be far more than a simple luxury item. With prices like those, it’s more like an investment in a collectible than anything else! While the starter price for most bags ranges from $4,000 to $9,000, certain bags will gain value over time, meaning you have an opportunity to gain some serious cash if you have a keen eye for investing in the right bag. It’s even more reliable that the stock market, by some metrics.

The Naming Scheme Is a Unique One

Have you even wondered how a Hermès Birkin gets its name? The naming convention combines the size, color, and texture of each bag, so the names often display some interesting variance. Since they’re all hand made, the bags themselves can display a fair amount of uniqueness as well. Crafted in the Hermès workshops, it can take a skilled artisan upwards of 48 hours just to produce a single bag.

While it’s not uncommon to see brands sell their wares online today, that wasn’t always the case. While other fashion companies were waffling over how to incorporate the internet into their business schemes, Hermès jumped in head first. They were one of the first to embrace online selling, with their website going up all the way back in 2001.

They’re Into Philanthropy Too

Hermès isn’t just about selling those bags and sitting on stacks of money. They use some of those resources and influence to help promote “traditional craft skills, support for the creative arts, a commitment to education and training, and environmental concerns.”

That Orange Box Is Just As Much of a Collectible

Sure, those bags are fabulous and luxurious, but did you know that the orange boxes that accompany Hermès accessories are equally famous? They weren’t always orange, though. Before WWII, the boxes were actually a cream color. The war created a shortage in materials, however, which forced Hermès to switch to the orange boxes with the brown bow — a move that has been iconic ever since.

The Luxury You Experience When You Rent in NYC

Luxury is the theme of the day, as it’s something that’s all around you in prestigious Manhattan communities like 19 Dutch. From access to high-end brands like Hermès to the outstanding breadth and depth of culture that permeates the neighborhood, this is the way downtown was meant to be experienced, and you’ll definitely want to make this sort of comfort and convenience part of your everyday routine. Learn more about what 19 Dutch has to offer, then find out how you can take the next steps toward calling one of these spectacular residences home.